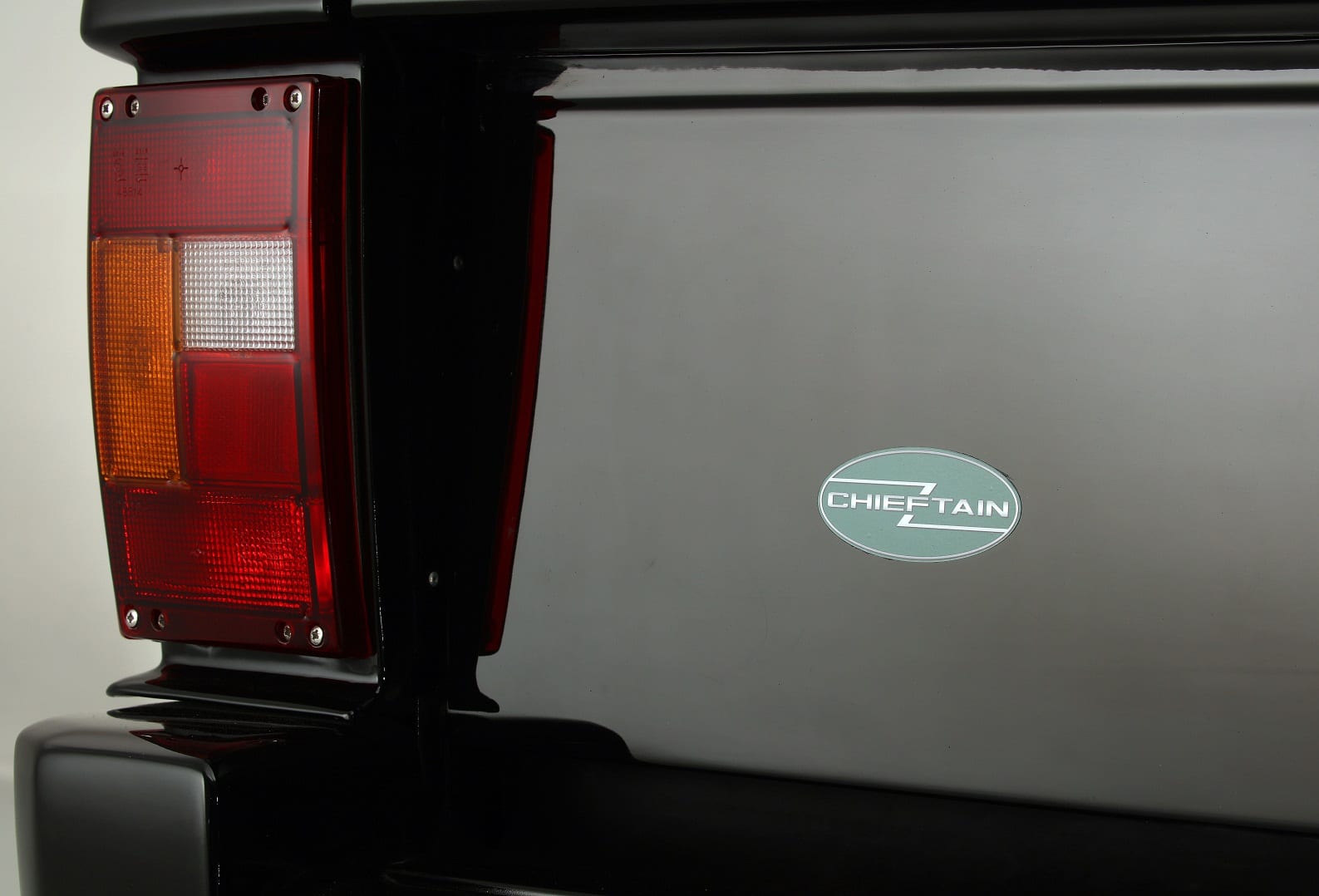 Could the Chieftain be, possibly, the ultimate re-engineered classic car? Certainly, in terms of the level of modification involved it has to be a strong contender for the title.

Whilst the Jensen Interceptor was always a luxury car – and the “R” version just updates it to modern standards – the original Range Rover was originally a glorified farm vehicle, complete with rubber mats instead of carpets. However, numerous improvements throughout its extraordinarily long life elevated the status of the spartan off-roader into what was arguably the first luxury SUV – and the car that set the standard to which all others subsequently aspired.

Like the Jensen, the standard-bearing Range Rover eventually became outmoded and outpaced. While the Interceptor was the last of its line, the ‘Rangey’ as it was affectionately known by its legion of loyal fans, was replaced with an ever-improving line up of luxury SUVs, each seemingly better than the last. There followed the usual doldrums for an old model until, more recently, nostalgia led to what many think was a long-overdue veneration of the original Spen King design.

However, driving an original Range Rover today reminds the pilot just how much the marque has come on. Sure, they look cool and evoke memories of late 80’s luxury, but they wheeze and struggle in modern traffic, roll like a ferry in a force 10, and generally betray their 1960’s roots.

Enter the Jensen Range Rover Chieftain. The project’s objective was to bring the driving experience of the Range Rover Classic bang up-to-date. After having driven it extensively, it’s fair to say that JIA has pulled this off. While many would have taken the easy option and just modified and uprated the original set-up, JIA has replaced the whole chassis and suspension assembly with that of a later Discovery / Range Rover Sport.

Air-sprung, supple and fully independent on each corner, the ride transformation is night to the original’s day, yet undeniably still true to the Range Rover’s roots. Not a sports car, but once again a luxury SUV that holds its own in terms of comfort and control among its more modern brethren.

The not-so-subtle updates reveal themselves the moment the discreet ‘start’ button is pushed. In place of the vintage Rover V8 engine that was originally employed to drag the Range Rovers’ bulk up hill and down dale, is an up-to-date American alloy V8 of 6.2 litres, developing 560bhp with the help of forced induction. Coupled to a modern 6 speed automatic transmission and GM transfer box, gone are the days of a hi/lo ratio gearbox and a central diff lock, both of which add weight and complexity; the GM drivetrain has been seamlessly integrated with the chassis electronics to provide a measure of off-road ability using traction control and engine management alone.

Not that JIA anticipates its clients will use the Chieftain for much serious off-roading of course –  much like the vast majority of later classic Range Rovers, it’s the imperious driving position, the practicality of interior space and the downright classiness which appeal and most of these cars never got further off road than the polo club car-park.

What really delights, however, is how much punch this car has got on the road. And just how much fun that is to discover. With more oomph than any current Range Rover, the 0-60 dash is executed in just over 4.5 seconds and top speed… well by the time you’re over the legal limit, you’ve already more than proved your point and it’s time to back out of the throttle and revel in the sumptuousness of the fully remodelled interior.

And what an interior. Again, unmistakably Range Rover, but now for all the right reasons. Gone are the parts bin plastics, the compromise ergonomics, the rattles, the whines, the bits that drop off. Our test car required the rather carbon-unfriendly sacrifice of a whole herd of finest Scottish cattle (some 22 hides were used in the retrim). The entirely bespoke centre console offers the unmistakeable feeling of quality that comes from hand-crafting using fine materials like aircraft-grade aluminium and carbon fibre. Underfoot, finest Wilton carpets caress your hand-made shoes and your knick-knacks can be kept in the oh-so-gorgeous satchel-pouches to be found on the doors and in the boot.

Unlike the “evolved” nature of the original Range Rover, the design of the revised interior is clearly cohesive and Superyacht owners will likely recognise the touches of Monk Design of Monaco who were commissioned to sensitively update the classic cabin.

Externally the bumpers and side sills are cleverly reminiscent of original Range Rover and yet pull off the trick of modernising the car just enough, whilst their true purpose is to accommodate the radical re-engineering of the underpinnings. Wider wheels are a necessary consequence of more than quadrupling the bhp that is on tap but, true to form, JIA has commissioned rims that ape the original Vogue design. Some 5 inches bigger in diameter than the originals in order to house the massive brakes, a sense of proportion is maintained by the use of respectably low profile tyres.

The modernised Range Rover Classic is subtle but effective on the road; overtaking is a joy and cruising with modern traffic is effortless. Moreover, grinding to a halt in Knightsbridge traffic after a long dash up the motorway from the country does not result in nervous glances at the temperature gauge. Updated and all-new running gear lends this classic car the reliability of a modern vehicle. JIA has supplied Jensen’s equipped with the very same drivetrain to customers in the searing heat of the Middle East, which must surely be a nod to where they might find further success with this extraordinary car.

The R&D budget for this car has been eye-watering, so there is a steely determination at JIA to see the project succeed. If Jaguar Land Rover is prepared to tool up for in-house restorations of the original Range Rovers then maybe JIA is really on to something here.

Like so many of the trinkets of the super-wealthy you could easily walk past it in the street and discount it as “just a Range Rover” but for those in the know, the Chieftain will surely bring that nod of approval and knowing smile, the acknowledgement that such bespoke craftsmanship carries a hefty price tag and with that, membership of a supremely exclusive club. 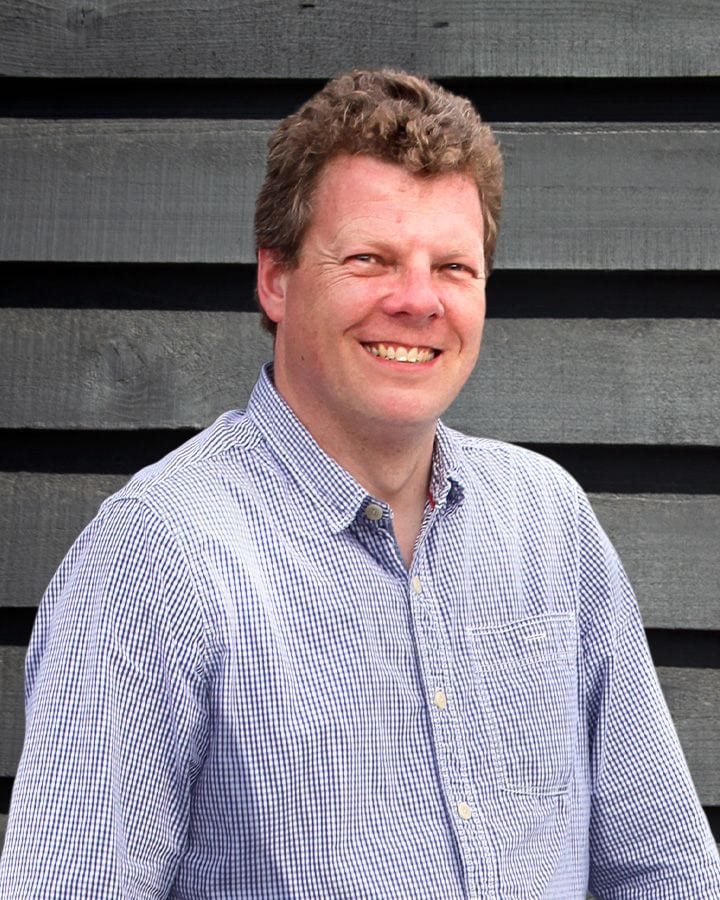