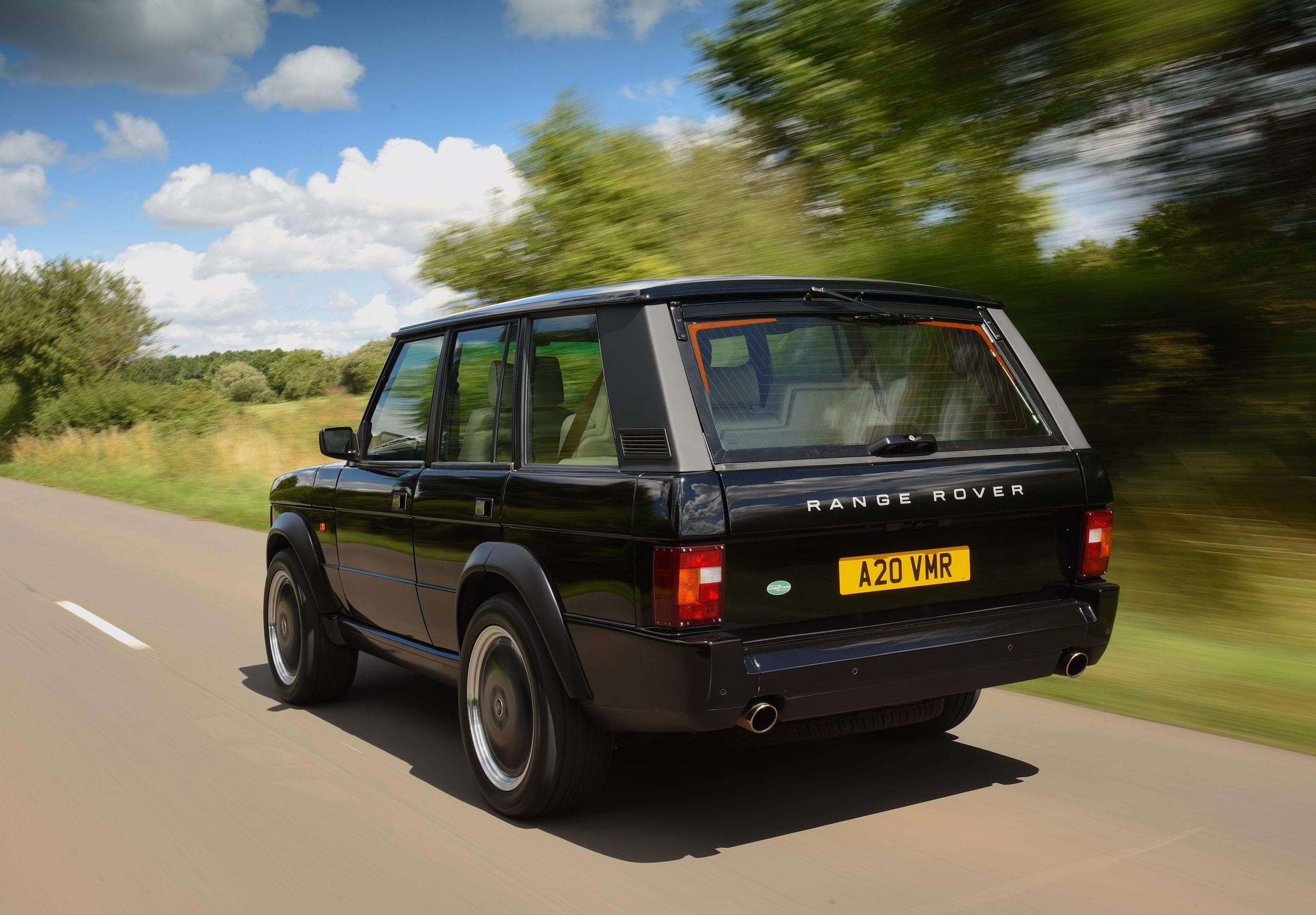 The brainchild of British Leyland (yes, that British Leyland!) chief engineer Charles ‘Spen’ Spencer King, the Range Rover has become not only the yardstick that all other luxury 4×4’s are measured by but also the must-have transport of the well-to-do and wealthy all over the world.

Over the past forty years Range Rovers have been the favourite steed of movie stars, gangsta rappers, actual gangsters, me, people being murdered in Essex, Grand Tour presenters and even Her Majesty the Queen. But Spen King and his team at Rover never intended the car for this kind of high-profile stardom. The concept behind the original RR was to build a car that retained all the off-road ability and practicality of the original Land Rover, but wasn’t quite so utilitarian.

The original Rangie was a far cry from todays fully-loaded model.

The idea was that the car would be used by the ‘gentleman farmer’ or more likely Lord of the Manor who would use his Range Rover to survey the majesty of his estate by day and then, with Her Ladyship on board drive down the motorway into London for dinner at The Ivy that evening. But these things are all relative, and the first generation Range Rover was by modern standards a pretty spartan thing inside. The dashboard was seemingly made from the same sort of plastic that Starbucks use for the lids on their coffee cups and most of the switches were taken from the good old Morris Marina. The Rover V8 engine was famously employed in the original RR, but in original tune the old boat-anchor could only muster a fairly anaemic 135 BHP and driving through a four-speed manual gearbox (it took until 1982 for an Auto to be launched), 60 MPH was achieved in a somewhat less than spirited 13 seconds or so.

Now as keen calendar enthusiasts will note, forty years is a bloody long time and the Rangie has evolved slowly but surely into the fourth-gen ‘L405’ model launched in 2013. Without wanting to mess about, its still the king. As JC argued in the first season of The Grand Tour, you can bring a Bentayga or an F-Pace or a G-Wagen or whatever rival you like to the party. But everyone will still just say “Why not just get a Range Rover?” So synonymous is the Range Rover to the posh 4×4 ideal it’s pretty much unthinkable that anyone would choose anything else. Round my way there are pretty much only two cars that it seems acceptable to buy. The Mk7 Golf, and the Range Rover. There are so many around, that anything else stands out a mile.

The problem is, that as the popularity grew so did the car, both in size and some would say gaudiness, and these days the kinds of people that Spen originally designed the Range Rover have increasingly become put-off by the later cars commenting that they’re now too large or too showy for their tastes. Probably one of the more first-worldy problems to have but for anyone wishing for a modern interpretation of the Range Rover Classic they know and love, help might be at hand from an unlikely source.

You can see why they named it after a tank.

Jensen International Automotive, erstwhile renovators and revivers of the Jensen Interceptor have now turned their hand to the Range Rover Classic. For those not in the know, JIA made their name with a modernised and sanitised version of the achingly gorgeous Interceptor, which in turn was built by the original Jensen Motors back in the 1970’s.

As with the Interceptor the Jensen boys and girls have done a serious amount of work to create what they call the Range Rover Chieftain, named for the famed British army tank. Appropriately so because despite being somewhat more diminutive than its L405 descendant, there isn’t much that can top the Chieftain for menace. Square-jawed, finished in black and sitting on bespoke 20-inch alloy wheels (an enlarged version of an original Range Rover alloy from the ’80’s), there’s no getting away from the fact that the Chieftain exudes the kind of no-nonsense Layer Cake cool that’s missing from so many modern equivalents with their fussy detailing and pedestrian-friendly panels. The basic exterior design has been nipped and tucked in a few places, but overall remains unremittingly and uncompromisingly Range Rover Classic.

But if JIA have left the outside of the car to the “ain’t broke, don’t fix” school of thought, they certainly haven’t done the same under the skin. To create the Chieftain, the Oxfordshire-based engineering firm first got hold of a 1993 Range Rover Classic and rather unceremoniously threw most of it in the bin. Once they had a clean shell to work with, they then grafted the body of the Rangie onto a shortened and modified Land Rover Discovery 3 chassis using custom mounts of their own design. The bespoke three-spoke alloys where affixed along with a similarly unique bodykit to ensure the Chieftain is suitably imposing.

JIA then turned their attention to the engine bay. Having junked the endearing but outmoded 3.9-litre V8 they broke out the Vaseline and shoe-horns and levered GM’s 6.2-litre supercharged LSA V8 into place. With 556 BHP and 551 lbs/ft on tap, the LSA will be familiar to petrolheads as having featured in the Cadillac CTS-V, Jensen International Automotive also use the LSA motor as the powerplant of their uprated Interceptor S and Interceptor R models. Also making the move from Interceptor to Chieftain is the six-speed GM torque converter automatic transmission. The car is also fitted with a new performance exhaust system exiting via a single tailpipe on nestled in each side of the new rear bumper. The upshot of all this is that the Chieftain will bludgeon its way from 0 to 62 MPH (100 km/h) in just 4.5 seconds. To put things into perspective 4.5 seconds is not only faster than any modern Range Rover, the Chieftain will sprint faster than the 3.4-litre Porsche Cayman GTS.

I’m surprised it doesn’t simply have “DON’T MESS.” printed on the engine cover.

To help transmit the newfound power to the tarmac, the Chieftain retains the double-wishbone front suspension and adjustable rear air springs of the Disco 3 donor car. JIA fully admit that the Chieftain is intended for mainly on-road use and whilst the Discovery underpinnings help it along in the rough stuff, the locking centre diff and low-range of the original RR are now absent.

One area in which the game has significantly moved on in the lifetime of the Range Rover is interior quality and of course in-car technology. As far as bringing the Chieftain up to scratch with its modern luxury rivals is concerned JIA have brought out the big guns. They brought in a team of designers who cut their teeth on million-dollar luxury yachts who decreed that the passenger compartment should be trimmed in the hides of no less than 22 of the finest and most supple cattle available. Billet aluminium and carbon fibre panels adorn the rest of the interior which customers can tailor to their exact specification.

The cast-off plastic British Leyland switches of the original car have been binned in favour of a much nicer bespoke centre console festooned with buttons. A new infotainment and nav screen has been integrated into the dash top as well, although I do feel this could have perhaps been set into an extended instrument cowling as it does look a little ‘tacked on’. It is bang up to date though and includes Apple Car Play and all the other high-tech amenities one would expect from their SUV these days. Oh and the column stalks are still from an Austin Montego.

Familiar, but different. The interior is a tasteful update of the original.

Wonky stalks aside the Chieftain is an epic re-invention of a true British legend, and as with the Interceptor the JIA Rangie comes with an epic price tag to match. There’s no easy way to say it but the car pictured costs £250,000. That makes it £100k MORE than a brand new 2017 Range Rover SV Autobiography. That’s a lot of money for what a cynic would call two old cars welded together with a satnav thrown in. But look at it this way, I know people who have easily specced their Bentaygas to £250k, and no arguments please, the Chieftain is cooler. Faster too.

I haven’t even seen one of these cars in the metal yet, let alone driven one. But the ‘want-one’ factor is there. Because the Chieftain offers something very unique, because it gives me the chance to have a Range Rover just like everyone else round here. But at the same time no-one will have a Range Rover quite like mine.

Disclaimer: All photographs used in this piece are and remain the property of Autocar and Jensen International Automotive. 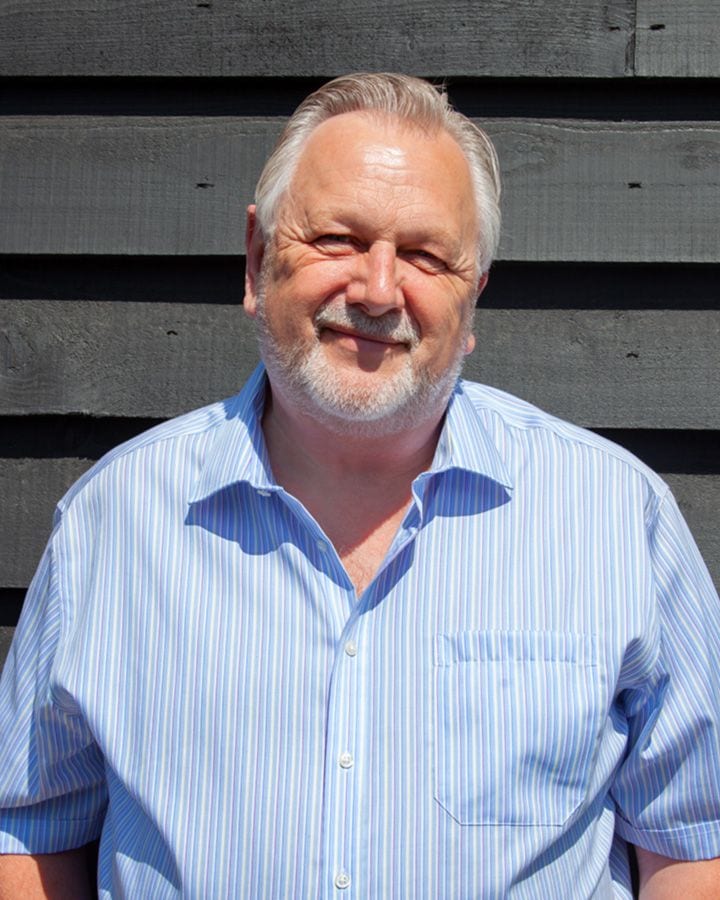